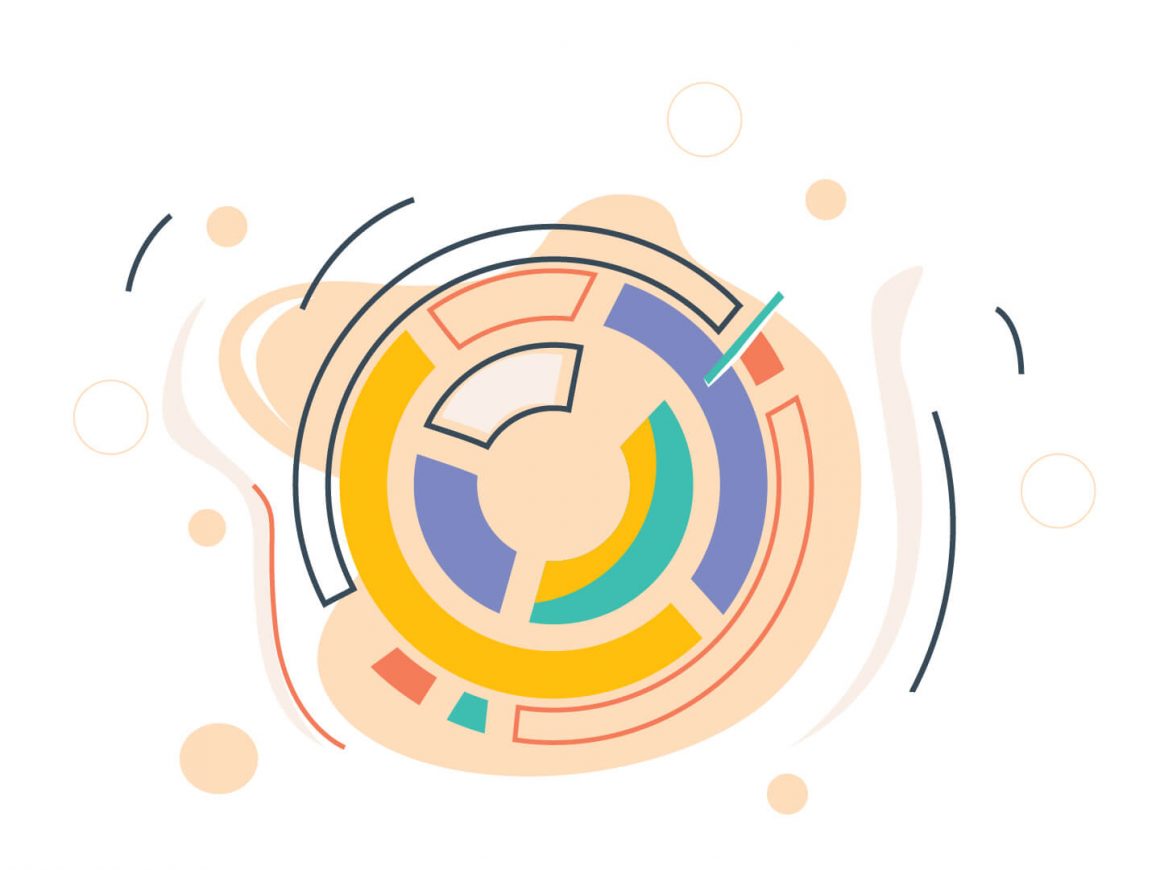 Everything You Need To Know About Motion Graphics

Since you opened this blog, it is safe to assume that you are interested in learning more about motion graphics.

Motion graphics is a tool that can help you reach out to your customers better, with animated graphics that support plain ol’ text.

Motion graphics, when used right, was seen to increase leads by as much as 90%.

Still not convinced that motion graphics are now an inevitable part of video advertising? Well, say that to the company whose conversion rates increased from 10% to 50% when they started using motion graphics.

All these statistics indicate that adding motion graphics to your arsenal would be one of the best decisions you make for your company.

Motion graphics have come a long way since its christening in the '60s and have opened up new horizons for all kinds of businesses.

Since time is money it is time for us to take a deeper dive into this topic.

What is Motion Graphics?

So let’s cut to the chase. Motion graphics is a combination of animated texts and graphics accompanied by suitable audio.

Motion graphics uses the most basic 2D and 3D shapes along with text and appropriate narration.

Why have they become so popular, you ask? Because they simplify extremely complex ideas. Also, they help present infographics in ways in which they won’t bore you to death.

The use of graphics and vibrant colours are sure to hold the viewers’ attention. (You know how short the attention span of an individual is, these days).

For instance, say you have a TON of information. But you don’t want to overload your viewers and make their mental hard drives crash.

What do you do?

Use motion graphics! Simplification is key.

Include minimalistic, engaging visual content along with the narration. Giving them these multiple inputs will help them comprehend things better.

The two main differences you will see between normal animation videos and motion graphic videos are the plotline and the use of characters.

The animation videos we get to see usually are moving stories of humans or even puppies.

But, motion graphics tend to stick to the basic shapes I have mentioned already. You won’t find Elsa and Anna explaining statistics in a video with motion graphics. But rectangles? Sure. Phone screens? Of course.

Most importantly, these videos will help create a lasting impression on your viewers’ minds.

Take for example this ad by Apple. They make use of the simplest shapes: lines and circles, to explain their vision. The simple narration accompanying the movements we see on the screen tells us the brand story beautifully.

In their ad titled “Look Up”, Housing explains their goals and visions. They talk about why they do what they do. The main figure that takes us through this visual journey is an arrowhead. This arrowhead can be seen to be transforming and leading us to beautiful sights.

Now that I have given you a general idea regarding motion graphic videos, let us look into more details.

How can businesses use Motion Graphics?

The use of motion graphic videos for informing or attracting customers is certainly NOT confined to a particular type of business organization.

No matter the size of your company, it is an effective tool and marketing strategy. So here is a  list of ways in which you could use motion graphics to boost your business.

It is hard to draw a line between motion graphics animation and other kinds of animated videos. People often confuse one for the other.

These kinds of videos entirely comprise of text and designs. They’ll depict icons and images that transform, move along with accompanying text and audio. The audio could either be a narration or music.

You will find this category of motion graphics in a variety of places including advertisements and movies. Here we get to see a real person, shot using a camera.

But alongside them, computer-generated graphics appear. Product screens and graphs come up next to the actor to provide additional information.

In live-action videos, they perform multiple functions. They make the video more interesting, provide additional information to the viewer and also help explain what the speaker is talking about.

Here is a video about technology that makes the viewer think. The creators have used a lot of motion graphics to emphasize the point they are trying to make.

Motion graphics is an art form on its own. They, like all other kinds of videos, become a success only when all its parts work together smoothly.

First and foremost, a script is absolutely necessary when creating motion graphics. Just like a movie, these videos will fall to pieces without a suitable script.

The graphic designer/ animator works based on the script and develops the final product that will blow everyone's minds.

Text and graphics are essential to a motion graphics video. Since reports say that 85% videos are being watched on mute, adding texts or subtitles will be an incentive for more people to watch the video.

Moreover, making the graphics attractive and colorful according to the target audience will help increase viewer engagement. Thinking out of the box is always a good strategy to follow when designing them.

On the other hand, in case the viewer has got headphones on or the privacy to play the video out loud, they are sure to pay attention to the audio. A lot of these videos have a narration in the background that matches the text and graphics on the screen.

If the visual component is explanatory enough on its own, suitable music can be used instead of narration.

Another one of their aspects that most creators might ignore is the speed. If the video is too slow, the audience will lose interest and move on. If it plays too fast, they will be left confused and uncomprehending. So, it is of utmost importance that you choose a suitable playback speed.

Enough talking for now. Let’s go check out some of the cool stuff out there.

This section is split into two. First, we will look at samples that are entirely constituted of animated graphics.

Tracto’s video about anonymous cryptocurrencies is short and- well maybe not sweet. They have simplified everything that is being narrated using basic shapes and arrows.

The diagrams are simple enough for a toddler but also conveys the important features of the company. In addition, the background music and sound effects add a fun twist to the video that otherwise could have been very bland.

Algolia’s video made this video for other businesses looking to improve their customers’ search experiences online. Algolia says that they would give the right results without even correcting the spellings that had been typed in.

Their dialogues are powerful and are accompanied by engaging and minimalistic graphics. They have also included representations of statistical charts and diagrams to give the clients an idea about what to expect when they employ Algolia.

Digital Ocean has created a simple video that includes both 2D and 3D motion graphics. The constant blue color gives it a professional touch and lets the client know that they are serious about what they do.

Talking about their previously existing client base gives the company better credibility. All of these components present Digital Ocean as a company one can trust to bring in good results.

This video begins with the narrator stating the issues faced by the scientific publishing industry. Extremely simplified 2D motion graphics are used to represent files and scientific components.

Their company logo is then introduced when talking about the solution to the issues. More graphics are used to explain how Arpha hub helps journals and authors. The narration, music and accompanying audio give us a good demonstration of the company.

The video by Adobe Marketing Cloud shows someone scrolling through an iPad. They have included graphics that appear to emerge out of it. These graphics mainly contain statistics about online customers and what they search for.

By using this simple addition of motion graphics, Adobe Creative Cloud has managed to show why online retailers should be employing them.

This is a hilarious advertisement by the Chatbook app. The main character is a busy, distracted mother and she introduces the viewers to her life. The chatbook app is then introduced with texts on screen that quote her.

Then, we see photos moving out of her phone into blank pages. This is a very engaging video that has made use of motion graphics.

A graph magically appears on the screen showing how good the price of the truck is. When the two guys move closer, graphic representations of smartphones appear next to them.

These smartphones show how the company conveys both to the seller and the buyer. TrueCar’s advertisement is simple enough, but the use of motion graphics improve the professional quality of the video.

This ad on Soapbox has got employees of Sandwich video talking about how people can use their laptop to record both themselves and their screen simultaneously. They emphasize this by using screenshots and editing tools.

This ad is a brilliant example of how motion graphics can be used to make a video even more attractive to someone watching it.

By now you probably have understood the importance of motion graphics in videos. If you are wondering how to make them too, well, leave it to the pros. There are several companies out and about who will be more than willing to help you out.

We at Studiotale can help you create amazing motion graphics videos to include in your present advertising tactics.

Feel free to set up a call with our video expert to get started with your new adventure.

Founder @ Studiotale. He is passionate about helping brands grow with video and has expertise in video marketing & 2D animation. When he is not working, he loves playing video games and traveling.